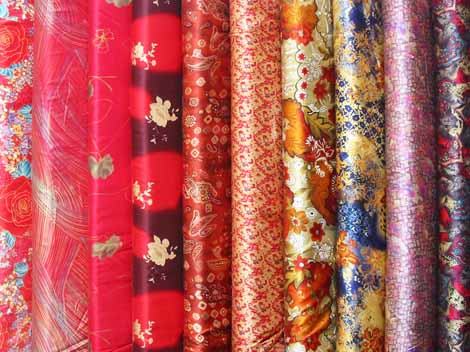 A selection of silk fabrics.

If you’ve ever had the good fortune of donning an elegant silk dress, a stylish silk pocket square or tie, or a chic silk scarf, it’s well worth it to know that your cherished style staple has a thread that can be traced all the way back to Ancient China. The following is just a piece of the rich history behind the luxurious fabric, silk.

The existence of silk dates as far back as 3000 BC China. During that time, China was under the rule of Huang Di, the mythical Yellow Emperor.  It was his wife, Lady Hsi-Ling-Shih who is credited with silk’s wondrous discovery.  As the story goes, the empress was having tea beneath a mulberry tree when a cocoon fell into her cup. As she went to fish it out, it began to unravel. While she continued to unravel it, she was captivated by the shimmer and texture of the mysterious fibres and the idea of weaving it into a fabric took root. Seeking out the source of the cocoon, she came across the Bombyx mori silkworm, which is found in the white mulberry tree.  At the suggestion of her husband, she took note of the life of the silkworm. It wasn’t long before the empress developed sericulture (the raising of silkworms) and invented the reel and loom. Thus, earning her the title, “Goddess of Silk.” 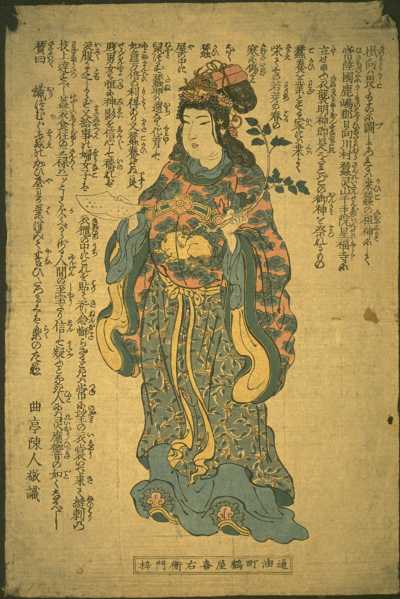 The breeding and rearing of the Bombyx mori silkworms became essential to the production of silk. While Lady Hsi-Ling-Shih is said to be the first to develop sericulture, more recent archeological artifacts unearthed at sites along the Yangzi River suggest the origins are much earlier. For example, a small ivory cup carved with a silkworm design was said to be 6000-7000 years old.

Though there were many species of moth, it is the unique qualities of the Bombyx mori silkworm that gave Chinese silk its early claim to fame. These silkworms were actually moths without the ability to fly or see. Flightless and sightless, these silkworms seemed to be nature’s gift with their primary purpose being to breed and produce more silk and silk producers.

At any rate, goods made of silk far outlive the silkworms from which they come from. Silkworms have a lifespan of a mere 28 days, producing a maximum average amount of 1000 meters of silk thread. 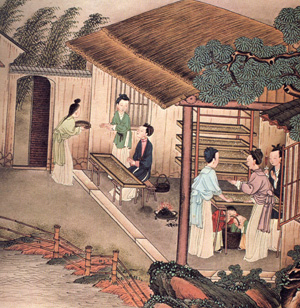 A Secret to Die For

For 1000 years the methods of sericulture, weaving and dyeing silk in China were secrets that were strictly guarded and controlled by Chinese authorities. The law at the time stated that the crime of revealing these production secrets or smuggling the silkworm eggs or cocoons outside of China was punishable by death. That is why for about 3000 years, China held the global monopoly on silk production. 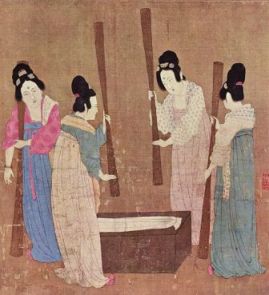 In 200 BC, Korea was the first to see sericulture beyond China, which reached their borders along with waves of Chinese immigrants. The secret then travelled westward, reaching India by 300 AD. It wasn’t until 550 AD that two monks from the Byzantine Empire were able to sneak silkworm eggs out of the country by hiding them in their bamboo walking sticks.

The spread of China’s secret for silk production forever changed the landscape of the silk trade. It was over time and through these trading channels and routes that the Silk Road was born. 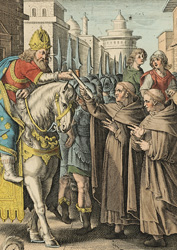 The Silk Road, which officially opened in 200 BC, stretched 4000 miles from Eastern China to the Mediterranean Sea, across which merchandise was shipped. Crudely defined as any given route that lead from China to Rome, this path followed the Great Wall of China north-west, around the Takla Makan desert and up the Pamir mountain range. From there, it wound its way to a major trading market in Damascus. It was uncommon for people to travel the whole route, so goods passed through the hands of a network of middlemen. At this time, silk had reached a trading value in and of itself; at one point it was considered more valuable than gold!

A Symbol of Style and Status

Due to the rarity of the silkworm (the species being native to China), the scarcity of its thread, and its resulting soft and shiny fabric, it was reserved for royalty and dignitaries within China. In the Tang and Song Dynasties, bureaucrats were restricted to using a particular color according to their different functions in society. Later, this was extended to other classes of Chinese society, with peasants forbidden to wear silk until the Qing dynasty (1644-1911).

The demand for Chinese silk grew over the next few centuries, its popularity reaching peak price points in Rome. With all class of citizens now able to wear silk (distinguished only by colour and intricate designs or artistry), the demand for imported silks became so high in Rome it was damaging to the city’s economy! It would seem that even in ancient times, fashion was very much an indicator of social status, with silk at the helm for hundreds of years to come. 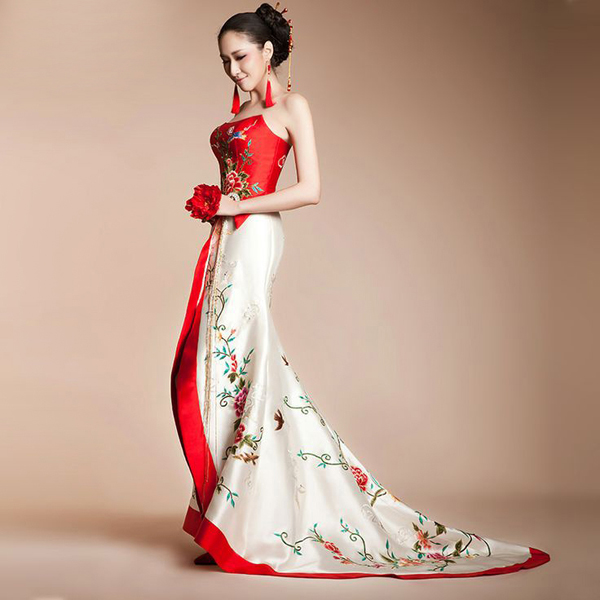 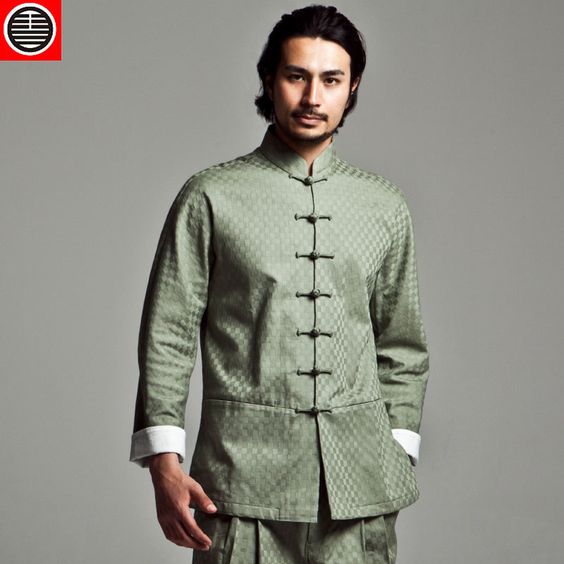 Fast forward to the present. While modern technology has paved the way for enhanced production processes and design methods, much of the ancient secrets have been retained. As a result, silk has managed to maintain its reputation as a symbol of style and status, its luxurious nature and rich mysticism ceasing to diminish with the passage of time. So remember the next time you put on a gorgeous silk garment, you’re not just wearing a show piece, you’re wearing a piece of a long and proud history. 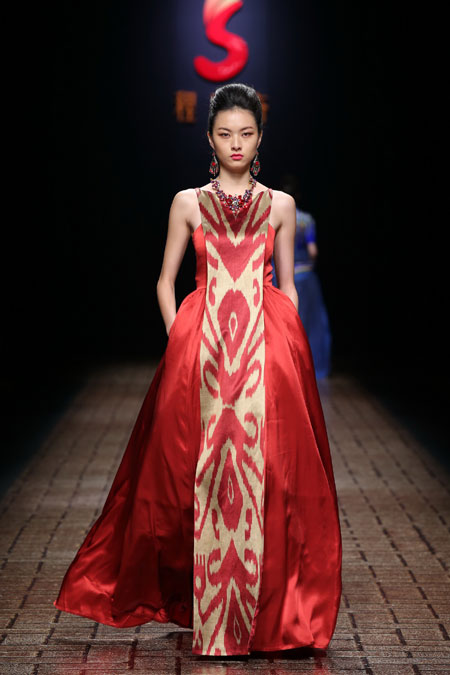 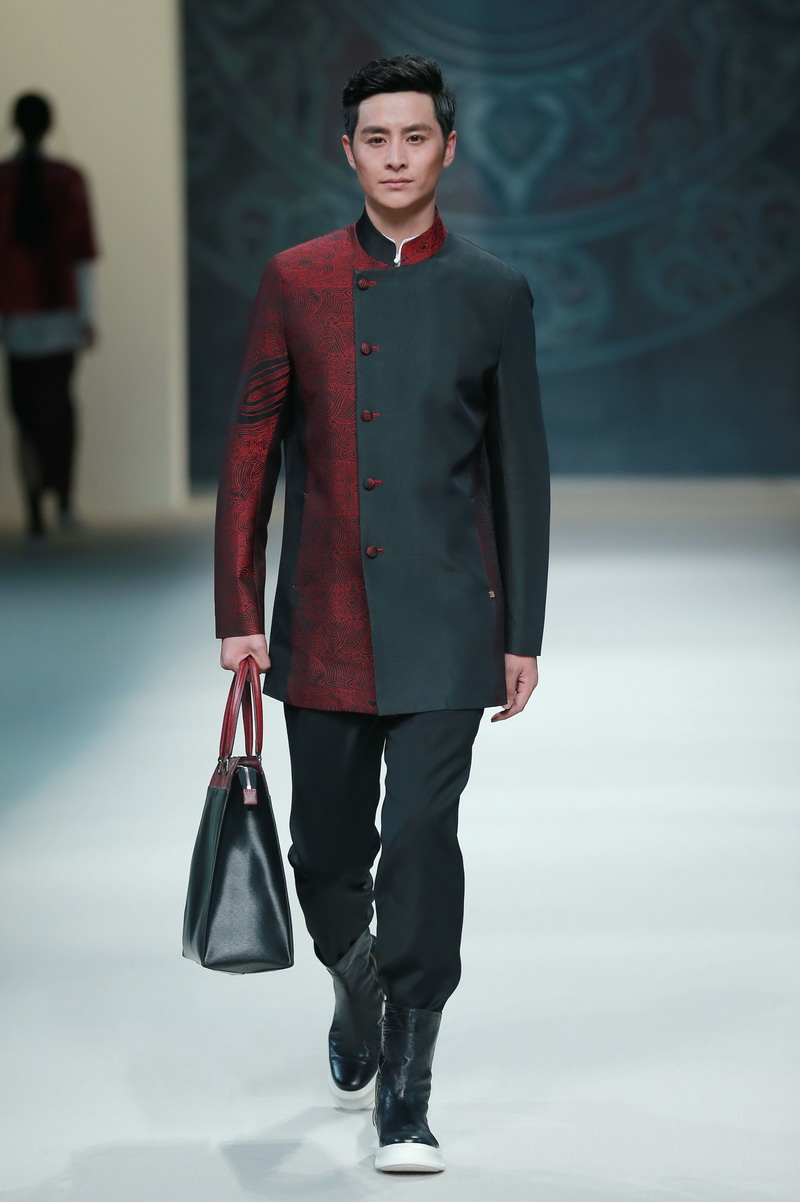