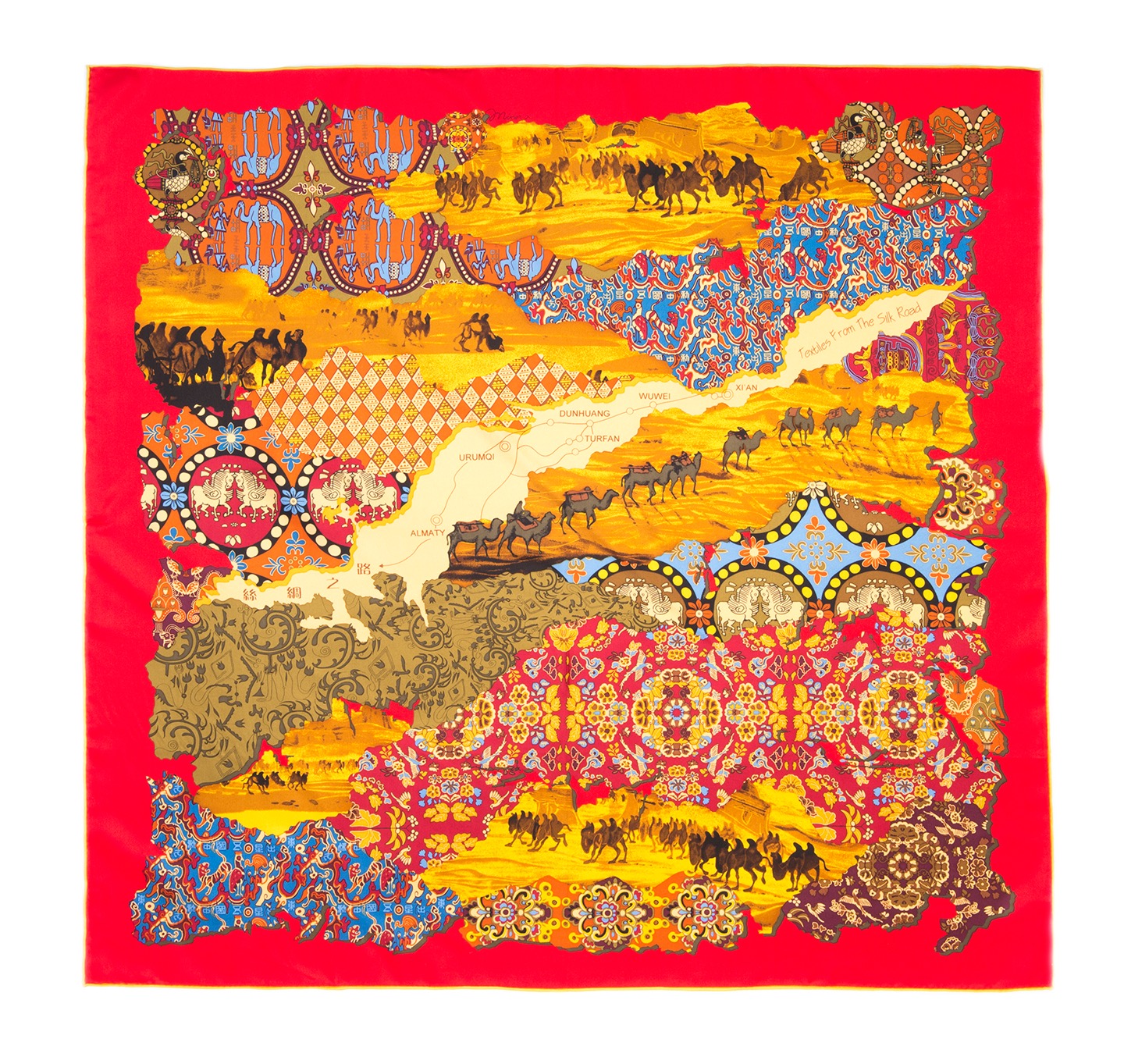 trade routes. The Silk Road began from the East to the West of the Asian

continent. It played a primary role in the development of China and its

Mediterranean Sea. This passage was propagated by Zhang Qian, in 206 BC,

product that traversed along it. Our Silk King scarf embraces the different

cultures who traveled down that road. Through combining a variety of ethnic

patterns that are representational of various silk cultures, we embrace the

historical importance of the Silk Road for China. 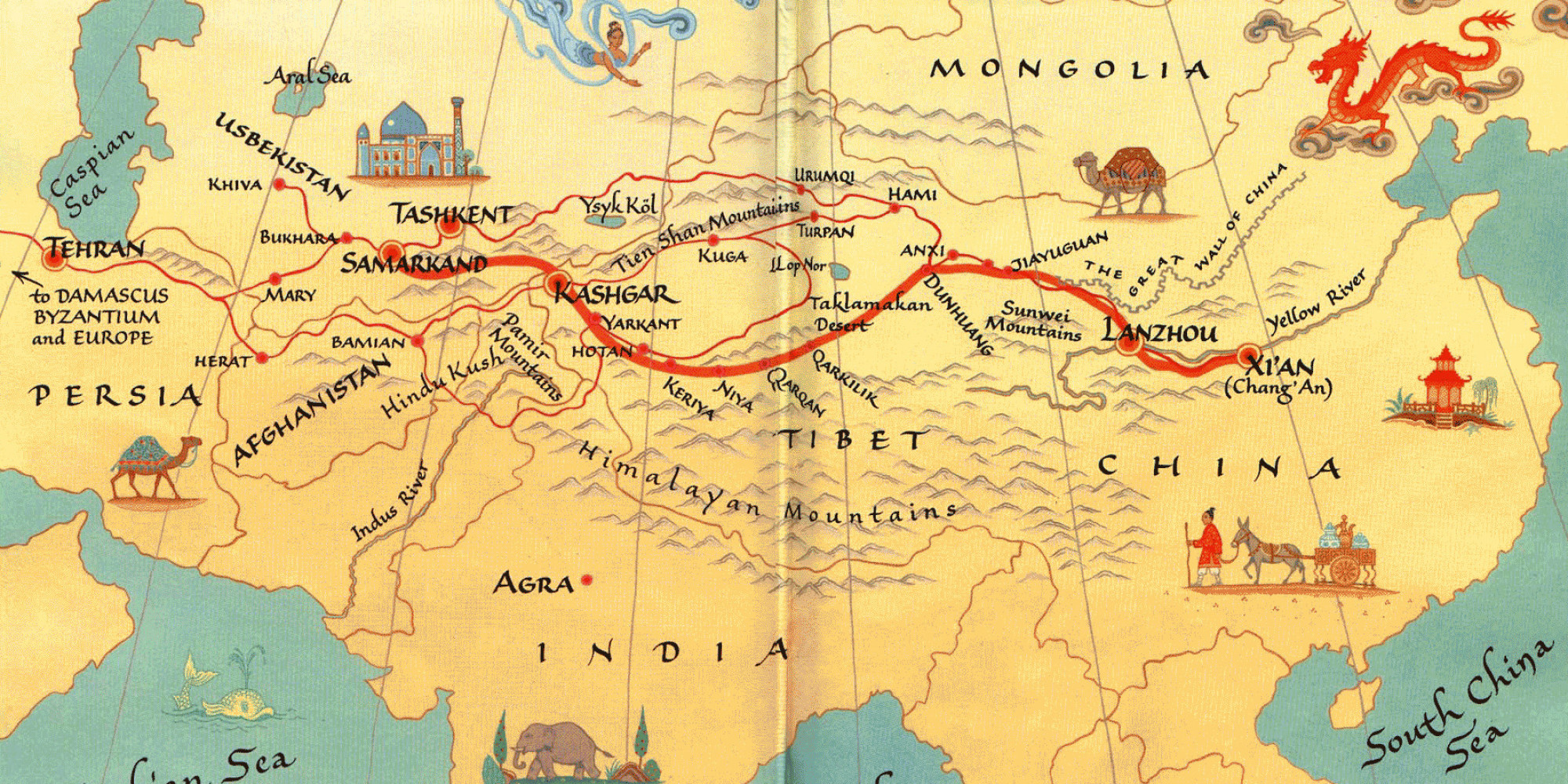 The History of Silk